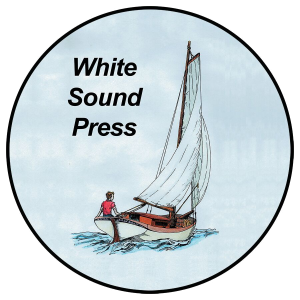 Abaco first became part of my life and my family’s lives in January 1973 when I brought a group of college students from Millikin University to Abaco for a Winter Term course called “Nautical History and Sailing in The Bahamas” — it included ten days on a Caribbean Sailing Yachts (CSY) bareboat out of Marsh Harbour, and I was hooked. Two years later I bought a small lot on Elbow Cay, just south of Abaco Inn, and with Floyed Albury’s help, built a small house on it during Summer vacation 1978. I took a sabbatical from Millikin University in 1979 and we lived in the almost completed house (there was no hot water until 1980)—our two sons went to the Hope Town All Age School and I did research in Nassau as well as in Abaco on the history of Abaco. Abaco: the History of an Out Island and its Cays was first published in 1983 and updated revised editions have been published in 1995 and 2005. Our family has spent time every summer in Abaco from 1978 to the present.

During the 1980s I became convinced that I could do a better job producing accurate nautical charts and a cruising guide to Abaco than either one of the existing publications available at that time, but I was a full time Professor of History at Millikin University and did not think that I had time to do it (the University would never grant a sabbatical to a historian to write anything as non-academic as a cruising guide).

It was my son Jon, 21 years old at the time, who convinced me to start small. The two of us had about a week together in Abaco—we covered the area from Little Harbour to Green Turtle Cay using a stick marked in 1’ intervals and a hand bearing compass, and by June 1989 we had a 28 page black and white book. Although the charts were primitive (I was learning cartography), the book was an instant success. By the next year it grew from 28 pages to 76 pages and had a colour cover. Within another year or so my younger son Jeff, still a high school student but even then our resident IT and computer wizard, had devised a way to record lat/long and also grab depth from our sounder and save the data on a used laptop we bought in Chicago. The stick and the hand bearing compass were obsolete. Jeff has consistently improved our systems, and has successfully (with great patience) taught me how to use them.

Twenty-nine years later it is still a family project. I retired from teaching in 2000 and probably devote about one-third of my time to the cruising guide, and I like it more than grading essay examinations and much more than going to faculty meetings. Jon is the business manager and the principal proofer for the charts—he typically devotes about two days a week to White Sound Press and spends the balance of his time maintaining and supervising his rental condos and houses in the Daytona Beach area. Jeff is still our IT/computer man—giving our work high priority whenever he is free from his regular client base of medical and legal offices. My wonderful wife of 50 years, Marjorie is also a retired teacher and is a meticulous proof reader; she also has the challenging job of updating the constantly changing business directories at the back of the book. Jon’s wife Lisa sometimes helps him ship books and is our very enthusiastic cheerleader, and Jeff’s wife Jamie converted the charts from Photoshop to Illustrator several years ago. Katie, the oldest of our three beautiful and smart granddaughters, has contributed underwater photos for inclusion in the book and is majoring in coastal engineering at the University of Florida in Gainesville. Her younger sister Bethany is also at University of Florida, and will soon be updating our pamphlet A Guide and History of Hope Town. Noa, Jeff and Jamie’s nine year old daughter is a dancer, a reader, a violinist, a snorkeler and a wonderful person.

Writing and producing 29 annual editions of this book has brought us closer together as a family. Others have helped as well. During the early years Marcel Albury of Man-O-War Cay and Dave Gale of Parrot Cay contributed important suggestions for improvement, and many readers have also made productive criticisms and suggestions which have improved the book. Our close family friends, Harry and Kathy Weldon, have provided help and support from the beginning of the project to the present.

We believe we produce the most accurate and easiest to use guide to Abaco. Our charts are available in digital (BSB) as well as paper format, and work very well with the Marine Navigator app (Android only). We thank our readers and our advertisers for their continued support, and we want you all to know that we work hard on this book, that we have a great deal of fun producing it, and that we are very proud of it.